Our second Year 6 transition bulletin has been sent out. This week, hear from our Head of Academy; Mr Glees. Also read the top tips from Jack in Year 7. All Y6 Bulletins will also be available on our website. @TudorCourt_ @WarrenPrimary @HPACH2015 @HarrisFed https://t.co/kKdcmhQwJT

As we come to the end of June, our student led briefing this week has focussed on celebrating #Pride. Well Done to the students who put this incredible piece of work together! https://t.co/vtbS5aV4kp Our Student Briefings are available on our website. @HarrisFed #HACHCommunity https://t.co/790Lc8qwIy

Today on #ArmedForcesDay we give thanks to all those who serve to protect us. https://t.co/4cj0Hn7yDz

Our first Year 6 Bulletin has gone out to those joining us in September. This week: Watch videos and meet key members of staff. Also there is a video on our school day and how to read our timetable! https://t.co/Fl2wFurCH0

In our student bulletin this week: We celebrate #WindrushDay2020 & debate how the arts should be supported during the pandemic. Who has been awarded Character Merits this week? Students check your inboxes to find out! https://t.co/8nofEtPs04

Our students have been writing to residents in a local care home. Reading their replies reminds us how important it is to come together as a community to support others in these challenging times. #HACHCommunity @HarrisFed https://t.co/i2XrRup1ry

@saranereax Could you please Email us full details so we can follow this up. We take it very seriously. Thankyou for your support.

A tragic loss to our HACH Community, our thoughts continue to be with Christian’s family & friends. - Fundraiser set up for family of Christian Mbulu who died in Preston https://t.co/F9F2CPYriS

Our student bulletin this week: We look at the impact of the death of George Floyd in communities across the US & the world. June is Pride month, we explore why it is important. Who has been awarded merits this week? Students check your inboxes to find out! https://t.co/82z0jhog6D

Eid Mubarak to those in our HACH community who are celebrating the end of Ramadan. #EidUlFitr https://t.co/BsUXu0oUP0

It’s day 5 of @mentalhealth awareness week. Adrian in Year 7 showed how #KindnessMatters when he put together a compilation of his Grandma’s favourite Polish 🇵🇱 songs for her to listen to. Well Done Adrian, that’s a lovely thing to do. Check out our challenge for today... https://t.co/B2GwNng5Jd

It’s Day 4 of @mentalhealth awareness week. Miss Moore has baked a vegan Victoria sponge for her mum. Miss Jones, brownies for her elderly neighbours Brenda & Reg. @laura__rivers made a traditional dessert from Santander called Quesada 🇪🇸. What will you make? #KindnessMatters https://t.co/zqCF68pU0o

Twitter WallHarris Academies
All Academies in our Federation aim to transform the lives of the students they serve by bringing about rapid improvement in examination results, personal development and aspiration. 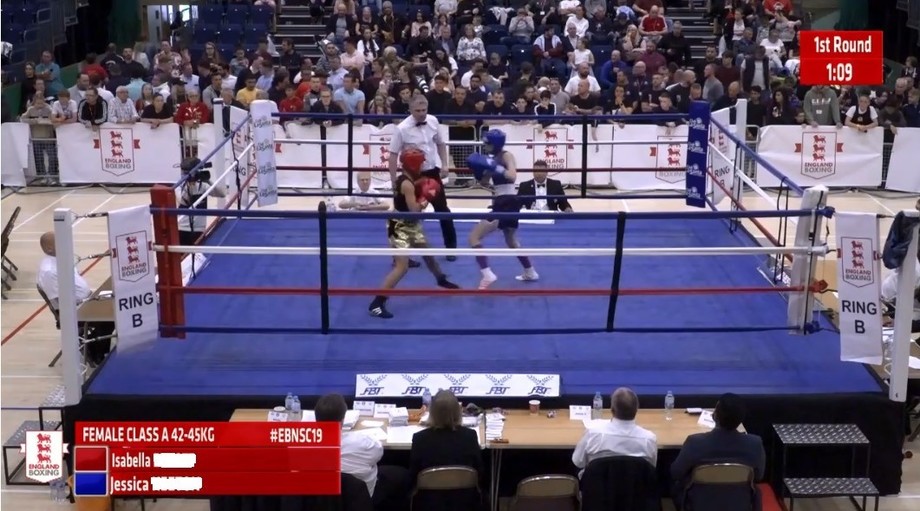 We're really proud of Izzy, Year 8, who competed at the England Boxing National Schools Championship last weekend, winning a bronze medal in her weight category, meaning she's ranked third in the whole of the country.

Izzy has been training hard for the past 20 months, says her very proud dad, Greg. "Three months ago England boxing decided to take away Izzy's weight division (43kg) which meant that we had to move her up in weight to fight bigger and more experienced girls at 45kg," he said.

"After showing strength of character, heart, boxing ability and true determination, she has walked away with a bronze medal against all the odds. This is an outstanding achievement considering how small and inexperienced she is compared to the other five county champions that entered. We are immensely proud of her."

Well done, Izzy. We're very proud of you too!

Izzy pictured with her medal! 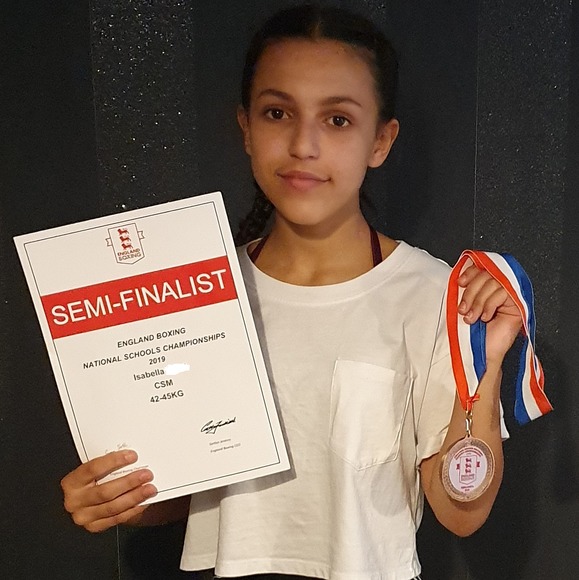 If you want to see Izzy boxing then click on the picture at the top of the page and skip to 4h:40mins (Izzy has gold shorts on). England Boxing streamed the whole event on YouTube.