The Take Care Fair is in full swing. Lots of students learning about how to care for themselves, their relationships and their community. #takecare https://t.co/5m40OxSE07

Culture Day displays ready to go! Amazing to see so many of our students wearing cultural dress today. Celebrating diversity within our Academy Community. #OneHACH https://t.co/VfNJ1EWmCF

Our #Y11Wellbeing Enrichment led to some fantastic looking cakes being baked! We also saw a brilliant Knitting Class provide a group of Year 11 with a #mindfulmoment https://t.co/nd4gvqnwYZ

Year 10 enjoying a performance of Macbeth this morning! https://t.co/0hFURAYxM0

Our Careers and Futures Fair is LIVE https://t.co/o1LOllS7Q7

If you are interested in hiring our facilities please look here https://t.co/waKQ3HLeyr

Due to a steady rise in Covid cases this week and following advice from Public Health, late this afternoon, we have reluctantly decided to close HACH on 17/12/21. An email will follow this evening detailing the independent work to be completed by all students at home via Teams.

Our A Level Drama students had a fantastic time watching The Curious Incident of the Dog in the Night Time. The Theatre Manager said how fantastically well mannered our kids were and that they were a credit to us. Thanks to Mr Waikh and Drama! #performingarts #ExcelExceedExplore https://t.co/lRtCnqBqtj

The HACH Christmas fayre is about to get underway! Thanks to all students and staff involved. https://t.co/uycz0gncOG

The annual Winter Show is going to be LIVE streamed this year. Our talented students will perform a variety of festive performances including dance, music, song and drama 14/12/21 18:00 - 19:30 Tickets are £3 and can be purchased by following the link: https://t.co/iBTUgIc2EO

Year 12 History students have taken part in the Lessons from Auschwitz programme. They heard from a survivor, Eva Clarke BEM. The students took part in a virtual tour of Auschwitz and they have completed wider reading and research. https://t.co/hKIAn6erRL @HolocaustUK

@ksjceaided Good luck with the continuation of your RRSA journey!

Twitter WallHarris Academies
All Academies in our Federation aim to transform the lives of the students they serve by bringing about rapid improvement in examination results, personal development and aspiration. 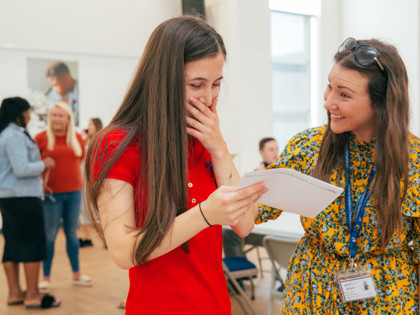 28% of all results achieved were at grades 7 to 9 (equivalent to grades A/A*). 86 of all the results awarded were at the much coveted grade 9.

In English Literature, 13 students achieved the very highest grade of a 9 while 54 (32%) of the Year 11 cohort achieved grades 7 to 9, a magnificent result.

Students also performed exceptionally well in Maths with 48 students (28%) gaining grades 7 to 9, of which 31 achieved the aspirational grades 8 and 9.

Achievement in the Sciences is similarly impressive. Of the talented scientists following the academic separates pathway, the majority achieved the very highest grades with 95% gaining grades 7 and above in Physics, 90% in Chemistry and 80% in Biology. 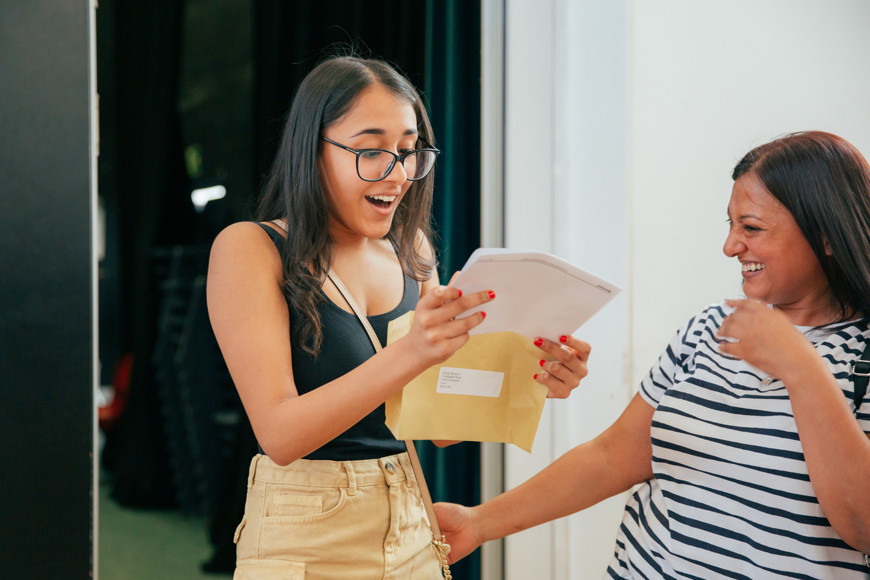 “I would like to congratulate our Year 11 students and am so pleased to see them reaping the rewards of all their hard work throughout their time at HACH," said Executive Principal Nicky Graham. "I look forward to working with the many who will be staying on at HACH Sixth Form in the future. The consistent level of excellence across subjects this year is particularly pleasing.” 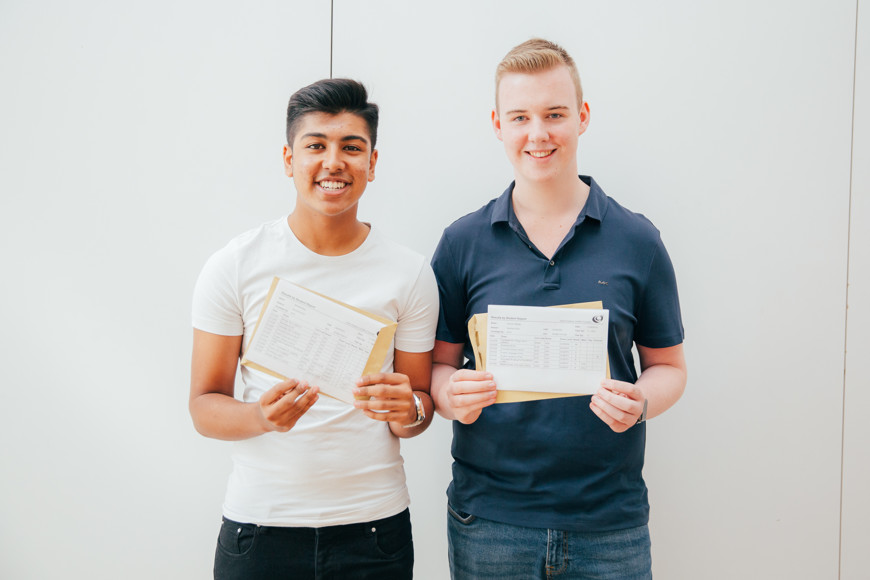 Congratulations go to the following students who have achieved particularly outstanding results.

VIKTORIA achieved grade 9s in all her subjects, a remarkable achievement.

MUSTAFA achieved 9s in Maths, Biology, Chemistry, Physics, English Literature, Psychology and Spanish. He gained 8s in Business, Computer Science and Geography as well as a 7 in English Language.

CONNOR achieved 9s in Computer Science, Geography, Maths and Science Trilogy. He gained 8s in English Language, Literature and Media as well as a 7 in Business.

LUCY achieved 9s in Biology, Chemistry, Maths, Physics and Psychology. She gained 8s in Art, Business, French and History, a 7 in English Literature and a 6 in English Language.

JAY achieved 9s in the Separate Sciences, 8s in Business, English Language and Literature, Geography, Maths and Sociology as well as a 7 in Spanish and a 6 in Psychology. 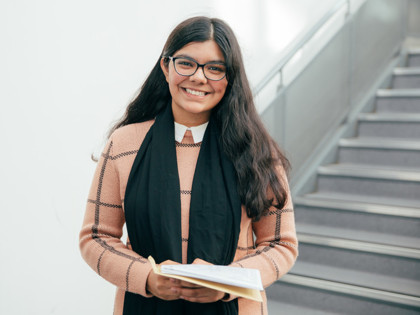 KASHMALA achieved 9s in English Language and Literature, History, Maths and Spanish, 8s in Food and Science Trilogy as well as 7s in Business and Philosophy.

JASMINDER achieved 9s in English Language and Literature as well as Science Trilogy and 8s in Food, French, History, Maths, Psychology and Sociology.

GEORGE achieved 9s in Maths and Science Trilogy, 8s in Business, English Language and Literature, 7s in Media and Psychology as well as a 6 in French.

YASMIN achieved 9s in Chemistry, English Literature, 8s in Art, Biology, Geography, Maths and Psychology. She gained 7s in French, Physics and Sociology as well as a 6 in English Language.

BEN achieved 9s in History and Science Trilogy as well as 8s in Business, English Literature, Maths and Sociology. He also gained 7s in English language, German and Psychology.

THULASHI achieved a grade 9 in Psychology, 8s in Chemistry, History and Sociology as well as 7s in Biology, English Language and Literature, Food, Maths, Physics and Spanish.

JACK achieved a 9 in Physics and 8s in Biology, Business, Chemistry, Maths and Product Design. He also gained 7s in English Language and Literature, Geography and Psychology as well as a 6 in Spanish. 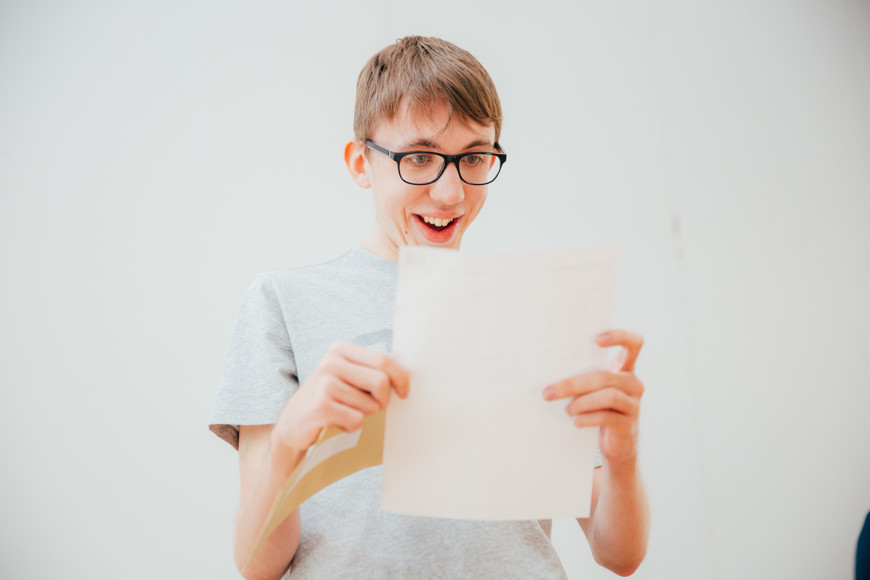 We would also like to recognise the following students for the outstanding progress they made during their time at HACH compared to their starting point from primary school: 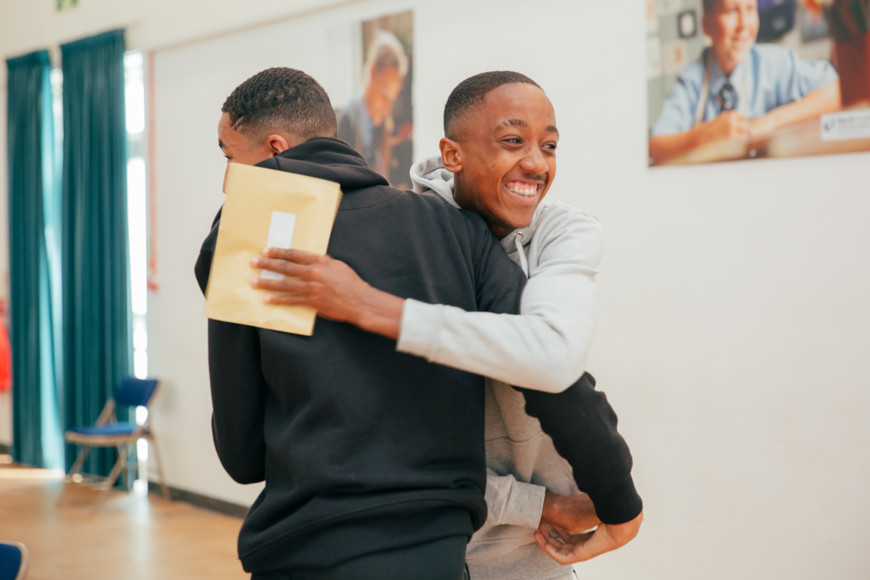